A Voice Crying Out in the Desert

Nearly five years ago in 2008, I, Dan Kasnick, remember showing up to a plot of land with a bunch of sand and rocks. With only a vision in mind of what this open space would 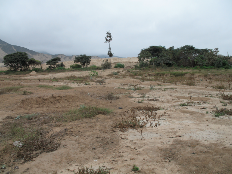 become, and a deep love in our hearts for the lives that would eventually inhabit this place, we asked the Lord to bless the property.  This lonesome place, on the outskirts of Trujillo, Peru, would someday become a refuge to street kids and orphans in one of the most bleak and rejected places in the country, and is called Pasitos de Fe, which means “Little Steps of Faith.”

Fast-forward to the year 2013, there has been much advancement in this project.  The land has been paid for, the director’s home has been completed, the exterior walls have been erected, one of the children’s dorms is awaiting its finishing touches, the funds to finish the dining-hall are in, great strides have been made on the structure of a future trade-school, and even a lovely soccer court, that longs to be played on, have all been realized and are awaiting the opening day.  These are just buildings that are waiting, but there are kids waiting too.

Brandon is just one example of a voice crying out in the desert for our help.  In his just eight years of life, Brandon has experienced more than most of us could even begin to imagine. After the murder of his father, a couple years ago, due to a business gone badly, Brandon only sees his mother occasionally because of her long working hours and necessity of having to work out of town fairly often. Brandon and his three siblings spend most of their time in the treacherous desert streets of their neighborhood just trying to make it day to day. Being left to be raised by his thirteen-year-old sister, the Day Care program is a breath of fresh air in his life, as well as his siblings’ lives. Sadly, after the doors of the Day Care close, Brandon finds himself back in the grim conditions of these streets. Brandon would be one of the fortunate children that would be able to come back to the safe walls of Pasitos de Fe and have a real place to call home. God calls us to listen to this small voice crying out in the desert and asks us to move into action.

Even though the doors have not opened to let the children in, we have been reaching out to the surrounding communities. A lot of kids, who will someday call Pasitos de Fe home, are eating nutritous meals and taking various classes in our daycare in the neighborhood.  Youth from the area that might normally be getting involved in gang 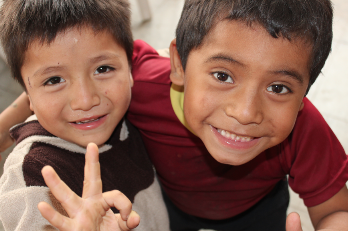 s are sand boarding and diving into the Word of God with Inca Thakhi.  Children from the community next to Pasitos de Fe, which is known for its violence and gangs, are now overflowing with joy as a result of the afternoon child outreach program.  We are getting a tangible glimpse of how powerful the Lord is going to work in the lives at Pastios de Fe, as we share God’s love to those in need.

As we hold the final checklist in our hands, a sense of urgency is upon us.  Our hearts break each afternoon, when the program ends as we watch those precious children turn around and return to unimaginable conditions that they face when the sun goes down. We don’t want them to have to turn around anymore.

Many of you reading this have had the same privilege as I have, to put your sweat, prayers, and financial 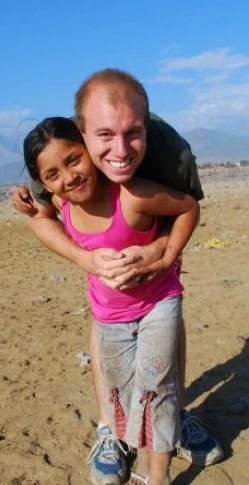 support into this thrilling project.  Now, here we stand, five years later, ready to see it all come to fruition. Before we can put a check mark in the last box on our list, the government has asked us to raise an entire years operating budget, before we can open the doors.  With your prayers and support, our goal is to raise $150,000 by September 1, 2013 so that at the end of each day, these kids don’t have to “turn around” anymore.